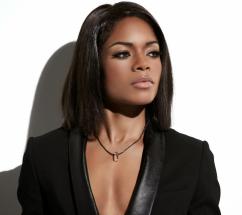 In a conversation with Jimmy Kimmel, Naomie Harris tells the host how she was brought on to the project with a lie and filmed all her scenes in the movie in just three days.

After Kimmel compares it a movie that takes 8-months on a $150 million budget, Harris says the film, which was probably the lowest budget feature she has done, didn't have that kind of money at its disposal and had one trailer and one make-up chair for the entire cast.