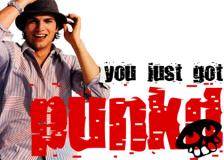 MTV has announced that it plans to revive 'Punk'd'.

The network will air a sneak peek of the popular hidden camera series that pranked countless celebrities, including Justin Timberlake, Jessica Alba (photos

The series, which was co-created by Ashton Kutcher and Jason Goldberg, will continue to be produced by the duo.

However, no details have been released on who will host the upcoming season that is expected to air in 2012.

Kutcher is busy with his 'Two and a Half Men' gig so he is not a possibility.

If we had to speculate, we would imagine MTV will feature a new celebrity host each week to use the format of one celebrity punking the other.