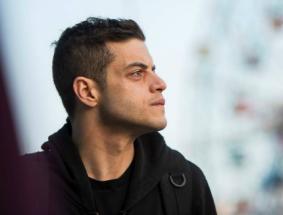 Rami Malek recalls running into his ex-girlfriend right after he won his first Emmy.

"She's a makeup artist and she was right there," says Malek. "It was a surreal moment."

"The only thing better than winning an Emmy your first time nominated is to then run into an ex-girlfriend moments after it happens," agrees Jimmy Kimmel.

"It was unbelievable," says the host, who was by Malek's side since he hosted the awards. "The only thing missing was you punching the high school bully in the face on the way out."