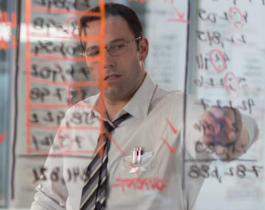 Warner Bros. has released a motion comic introducing Ben Affleck's character of Christian Wolff and the mystery around his character in 'The Accountant'.

The story follows Christian from his seemingly simple life as an accountant to reveal his secret life as an assassin as he investigates a case.

Wolff is a math savant with more affinity for numbers than people. In the film, with the Treasury Department's Crime Enforcement Division, starting to close in on his work for the world’s most dangerous criminal organizations, Christian takes on a legitimate client: a state-of-the-art robotics company where an accounting clerk (Anna Kendrick (photos

)) has discovered a discrepancy involving millions of dollars.

'The Accountant' topped the box office this weekend with more than double its closest competition. It earned an estimated $24.7 million compared to 'Kevin Hart: What Now?'s $11.9 million.