Mother Of Bride Killed By Falling Tree During Wedding Photos 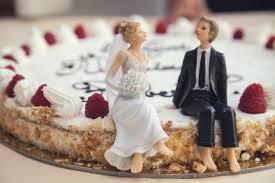 A day meant for joy turned into a day of sorrow when the mother of the bride was killed after a large tree fell on a wedding party taking photos.

The wedding party was taking photos at a Penn Park in Whittier, California when a Eucalyptus tree collapsed.

Several people were pinned under the tree but while others escaped with mostly minor injuries, 61-year-old Margarita Mojarro suffered a different fate. She was pronounced dead at the scene.

It's reported up to 20 guests were trapped under the tree and had to be rescued.

Penn Park is closed while authorities conduct an investigation into the cause of the tree's collapse.

Coroner IDs woman killed by a falling tree in #Whittier as 61-y/o Margarita Mojarro. Friends say she was mother of the bride. 11:30 on @ABC7 pic.twitter.com/mtNUIVBgBe