Molly Ringwald Says She Was Sexually Assaulted When She Was 14 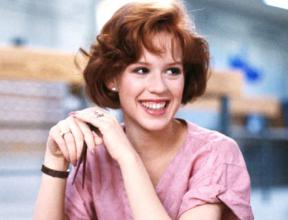 In an op-ed for The New Yorker, Molly Ringwald says she was assaulted by a director when she was 14.

In a write-up titled 'All the Other Weinsteins', the once child star says: "I have had plenty of Harveys of my own over the years, enough to feel a sickening shock of recognition."

She didn't have an encounter with Weinstein like the many other women who have stepped forward: "Thankfully, I wasn't cajoled into a taxi, nor did I have to turn down giving or getting a massage. I was lucky."

However, Ringwald says she was often made to fell "demeaned or exploited" in her early teens by much older men.

"When I was 13, a fifty-year-old crew member told me that he would teach me to dance, and then proceeded to push against me with an erection," she recalls.

"When I was 14, a married film director stuck his tongue in my mouth on set."

"At a time when I was trying to figure out what it meant to become a sexually viable young woman, at every turn some older guy tried to help speed up the process."

She says this occurred despite having very protective parents.

"I shudder to think of what would have happened had I not had them."

She adds she's never been gone public because "stories like these have never been taken seriously."

Ringwald even takes a parting shot at President Donald Trump.

"Women are shamed, told they are uptight, nasty, bitter, can’t take a joke, are too sensitive. And the men? Well, if they're lucky, they might get elected President," she concludes.