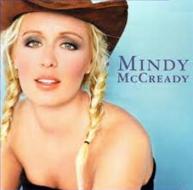 Country music singer Mindy McCready has died at age 37 in an apparent suicide.

McCready was founded dead on the front porch of her home Sunday with what appeared to be a single, self-inflicted wound to the head, according to the Cleburne County Sheriff's Office in Arkansas.

Police were dispatched to the scene after neighbors reported hearing gunshots fired.

Just a little over a month ago, McCready's 34-year-old boyfriend, David Wilson, died at the same location with a gunshot wound.

That continues to be under investigation but, in an interview, McCready denied having any involvement in the death.

McCready's two children were removed from her care on February 6, when a judge sent the country singer to a mental health facility where she was set to undergo psychiatric and alcohol-abuse evaluations.

However, she was released one day later and allowed to undergo outpatient treatment instead.

"Since boyfriend (David Wilson) shot himself she has been in bed for 3 wks," her father said in court documents. "Sleeps all day. Drinks all night and is taking Rx drugs. Not bathing or even helping take care of her 2 children."

It's a tragic end for a woman who had such promise after breaking into the scene in 1996 with her debut album, Ten Thousand Angels, featuring the hit single 'Guys Do It All the Time.'