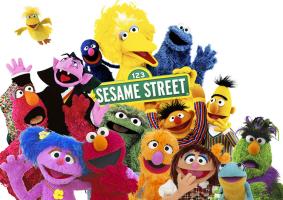 After Mitt Romney's promise to cut funding for public television, a puppet-based protest dubbed the Million Muppet March is set to take the Washington DC streets next month.

Michael Bellavia, president of animation studio Animax Entertainment, and writer Chris Mecham came up with the idea for the demonstration.

"I figured, why just make it a virtual show of support? Why not take this opportunity because it seemed like there was already a growing interest in it and actually make it an active, participatory event," Bellavia said.

"Romney was using Muppets as a rhetorical device to talk about getting rid of public broadcasting, which is really so much bigger than Sesame Street," he said. "While he was still talking, I was thinking of ways I could express my frustration at that argument."

The two say they hope to create a "lovefest" featuring skits and musical performances with Muppets.

"It does seem like we might get close to the biggest ever assemblage of puppets in one place, and probably the most ever puppets marching on Washington."

"The route is to be finalized early next week but the aim is to gather on the Mall likely near the Smithsonian and walk with puppets in tow to the western grassy area by the Capitol building."

The 'Million Muppet March' is scheduled for November 3.