Miley Cyrus Voices Mainframe in 'Guardians of the Galaxy Vol. 2' 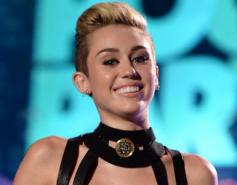 ) has a little known about role in 'Guardians of the Galaxy Vol. 2'.

After speculation that the 'Wrecking Ball' singer was the voice of the character Mainframe in the sequel, Disney has confirmed the news.

Cyrus voices the Vision-like technology in the movie.

"I heard that she's uncredited and a voice somewhere," he said.

After he was asked about it, director James Gunn dropped some hints and the identity of the character and it wasn't hidden for much longer.