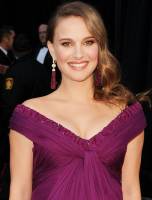 Fox News Channel personality and former presidential candidate Mike Huckabee isn't happy that Natalie Portman and other stars may be glamorizing the idea of having children without being married.

"You know, one of the things that's troubling is that people see a Natalie Portman or some other Hollywood starlet who boasts of, 'Hey look, you know, we're having children, we're not married, but we're having these children,' and they're doing just fine."

"But there aren't really a lot of single moms out there who are making millions of dollars every year for being in a movie," Huckabee explained.

"And I think it gives a distorted image that yes, not everybody hires nannies, and caretakers, and nurses. Most single moms are very poor, uneducated, can't get a job, and if it weren't for government assistance, their kids would be starving to death and never have health care."

"And that's the story that we're not seeing, and it's unfortunate that we glorify and glamorize the idea of out-of-wedlock children."

Portman met, the father of her child, ballet dancer Benjamin Millepied on the set of her film 'Black Swan'. She announced they were engaged and expecting a child at the end of December.