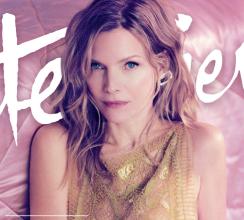 Pfeiffer has been cast in the 'Ant-Man' sequel, titled 'Ant-Man and the Wasp' as Janet van Dyne -- Hank Pym's missing wife.

) and Michael Douglas in the film. No details were provided for the other two characters.