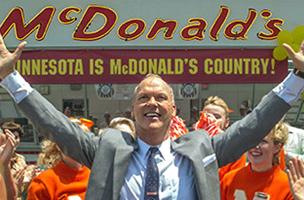 Michael Keaton tells Stephen Colbert he ended up with the name because couldn't use his given name, Michael John Douglas, because it was taken by another famous star.

Keaton says it was especially confusing because he still used his real name for everything else and so people would expect Michael Douglas and see him instead.