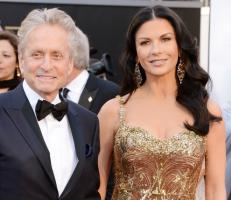 The two-time Oscar winner says he anticipated an upcoming report would contain an allegation by a former employee that he acted inappropriately in front of her roughly 32 years ago.

"None of it was directed at her; she didn't say it was," he says of the colorful language. "It was my office and that was the tone that I set. She may have overheard private conversations, and if she was offended, she could have excused herself."

However, the actor admits he remembers the former employee as a "sophisticated intelligent" woman with a "good sense of humor."

"I had the choice of waiting for a story to come out, one that will clearly get picked up by other newspapers and magazines, and then I have to sit there and try to defend myself. Or, try to share with the public, a little ahead of the story, my thoughts and concerns. Again, I am sorry if I used coarse language with my friends. But this is really debilitating. It can have a large effect on my career. And also, I think it really sends a message out."

Douglas says there's no evidence to prove his alleged behavior and that it is "way past the statue of limitations."

Douglas says his wife, Catherine Zeta-Jones, "has been very supportive" of him fighting the claims.