Michael C Hall Not A Fan Of 'Dexter' Series Finale Either 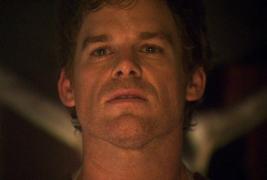 Michael C. Hall says he wasn't a fan of the 'Dexter' series finale either.

Asked if he liked the series finale in an interview, Hall replied: "Liked it? I don't think I even watched it."

"I thought it was narratively satisfying — but it was not so savory," he said of the series ending with Hall choosing to live the rest of his life alone -- as a lumberjack.

"I think the show had lost a certain amount of torque," he explained. "Just inherently because of how long we'd done it, because of the storytelling capital we'd spent, because our writers may have been gassed."

"They wanted him to die or something, but I think the fact that he's sort of exiled in a prison of his own making is, for my money, pretty fitting."