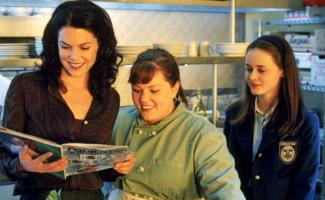 'Gilmore Girls' fans had always suspected that Melissa McCarthy wouldn't be in Netflix's revival of the series.

But it's not because the actress has a hectic Hollywood film schedule, as you would expect.

Melissa McCarthy has revealed she actually wasn't even asked to participate in the revival and reprise her character as Sookie.

"Thanks for the invite, but sadly no one asked me or Sookie to come back to Stars Hollow. Wish them all the best!!," she replied to a fan on social media.

But 'Gilmore Girls' creator Amy Sherman-Palladino says she didn't reach out to McCarthy because she simply assumed the actress was too busy to return to the TV series.

"She's really f---ing busy, but the thing I have said is, 'Look, if Melissa is available and has an afternoon free, I'll write her a scene," says Sherman-Palladino.

"Melissa was one of us. If she has a spare moment to run over -- even if for just a cameo -- we would be totally game. And if it's a last-minute thing, I would write her in and we would figure it out. That's the way we left it."

"It was a character we knew we could not count on in terms of story, because she just simply wouldn't have that sort of time to carve out for us. It simply would've been impossible."

"Planning around her crazypants schedule and her movies and her this and her that and Ghostbusters. But if her people called me up and said she's free on these particular days or would love to drop by and just be in one scene, we would put her right in."