Melissa McCarthy On 'Ghostbusters' Critics: 'I Just Hope They Find A Friend' 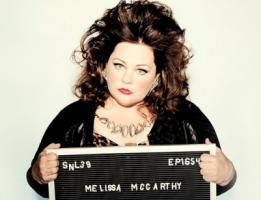 Melissa McCarthy is responding to the 'Ghostbusters' trailer becoming the most disliked trailer in YouTube history.

"All those comments — 'You’re ruining my childhood!' I mean, really," McCarthy says in an interview with 'The Guardian'.

"Four women doing any movie on earth will destroy your childhood? I have a visual of those people not having a Ben," she said, referring to her husband, Ben Falcone.

"Not having friends," she adds, "so they're just sitting there and spewing hate into this fake world of the internet. I just hope they find a friend."

Reaction to the 'Ghostbusters' reboot trailer has been harsh. McCarthy, like some others, believes the all-female cast may have something to do with it.

However, director Kevin Smith, a fan of the original says that has nothing to do with it.

"It could've been all men with the same jokes, and it still would have sucked," he recently said.