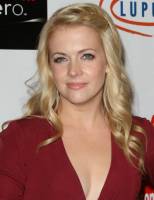 Melissa Joan Hart is being criticized for complaining that Hurricane Maria spoiled her family vacation to the Caribbean.

"And just like that, our family vacation is canceled," Hart captioned a now-deleted post in which she included an image of a weather alert.

Making no mention of the devastation the Category 5 Hurricane Maria had caused, the former 'Sabrina the Teenage Witch' star added: "Such a bummer but we plan to hit the Nickelodeon Hotels & Resorts Punta Cana resort another time this year."

The hurricane has left 15 people in Dominica dead and 3 million people living in Puerto Rico completely in the dark with trees ripped from the roots.

"I think you should be more concerned with the people that live there instead of your meaningless vacation," lashed out one fan.

"It's better to be 'bummed' about death, destruction there," said another.