Mel Gibson On Past Scandals: 'I've Done What I Need To Do' 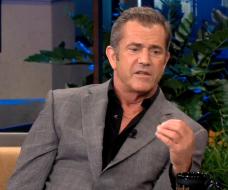 Mel Gibson hasn't been able to bounce back from his DUI arrest and the scandals that followed nearly eight years ago.

But the actor, who stars in 'The Expendables 3', says his past troubles are old news to him.

"All the necessary mea culpas have been made copious times, so for this question to keep coming up, it's kind of like... I'm sorry they feel that way, but I've done what I need to do."

In the interview, Gibson also says in recent years he's decided not to finance any of his own films, as he did with massive hit 'The Passion of the Christ' and 'Apocalypto' -- which didn't fare nearly as well.

"It's tricky, those films you refer to, nobody would have financed them, they more or less worked, but I would never have got anyone else to finance them. I'm out of that business of financing my own films because they see you coming and take you for a ride. I'm not a fool."

"It's difficult for the things I deem worthy to direct, where you can get a really good compelling story out of — nobody else has much faith in it and never did."

Gibson also refused to talk about any future projects because he believes his ideas will be stolen.

"There are specific things, but I don't want to talk about them, you know why? Because every time I do somebody else goes and does it. It's a kind of industrial espionage thing and they do it badly for TV," he said.