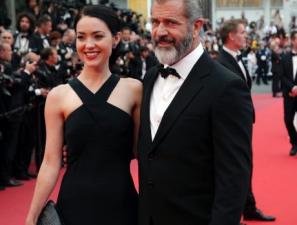 The actor has welcomed his ninth child and first with girlfriend Rosalind Ross.

The baby boy was born in Los Angeles and has been named Lars Gerard Gibson.

"They're thrilled and Lars is adorable. Their family is all around them and Mel is over the moon. They're home and everybody is healthy and happy!," a source tells People magazine.

Gibson met Ross, a 26-year-old scriptwriter, two years ago when she applied for a job at his production company.

The 61-year-old Gibson's last child was in 2009 with now ex-girlfriend Oksana Grigorieva.

He has been making his Hollywood comeback with 'Hacksaw Ridge' after his 2006 anti-Semitic rant shunned him from the industry.

"Ten years have gone by," Gibson recently told Variety. "I'm feeling good. I'm sober, all of that kind of stuff, and for me it's a dim thing in the past."

"But others bring it up, which I find annoying, because I don't understand why after 10 years it's any kind of issue."