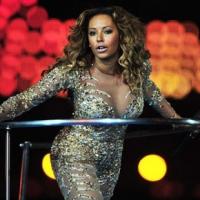 Mel B met with her lawyer after a judge turned down her request to recover alleged sex tapes currently in the possession of her estranged husband.

Brown filed for divorce from Stephen Belafonte last week, claiming he abused her throughout their nearly 10-year marriage.

The 41-year-old 'America's Got Talent' host had asked Belafonte to return any "electronic media in his possession" that depicted her "in either a sexual situation and/or other compromising situation."

Although her request wasn't granted, her temporary restraining order against him has been and, for now, that prevents Belafonte from using the videos.

"I have lived the past decade in fear that he would release intimate videos of me that would embarrass me and damage my reputation and my career," she said in the filing. "Once he made the threat of releasing videos, it became impossible to say no to him, giving him complete control."