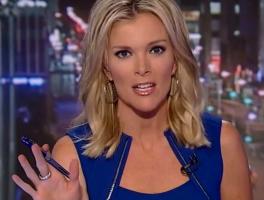 After Bill O'Reilly claimed that, throughout his two decades years at Fox News, no one filed a single complaint about him to the legal department or human resources, Megyn Kelly said on Monday that wasn't true.

"O'Reilly's suggestion that no one ever complained about his behavior is false. I know because I complained," she said on her show.

Kelly shared an email she wrote in November 2016 after seeing O'Reilly's reaction to her book 'Settle for More', in which she alleges she was sexually harassed by former Fox News CEO Roger Ailes.

"Perhaps he didn't realize the kind of message his criticism sent to young women across this country about how men continue to view the issue of speaking out about sexual harassment," Kelly's email read. "Perhaps he didn't realize that his exact attitude of shaming women into shutting the hell up about harassment on grounds that it will disgrace the company is in part how Fox News got into the decade-long Ailes mess to begin with."

Kelly said she was told that O'Reilly "had apparently been dealt with, and by that I mean he was permitted with management's advance notice and blessing to go on the air and attack the company's harassment victims yet again."

This past weekend, The New York Times reported that alleged O'Reilly made a massive $32 million sexual harassment settlement in January of this year Lis Wiehl, a Fox News legal analyst. NPR has reported the settlement was over a "non-conseual sexual relationship."

"It gives me no pleasure to report such news about my former employer, which has absolutely made some reforms since all of this went down," Kelly said. "But this must stop. The abuse of women, the shaming of them, the threatening, the retaliation, the silencing of them after the fact. It has to stop."