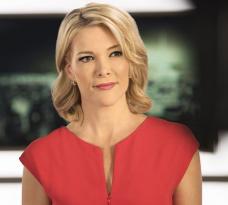 Megyn Kelly will no longer host a Sandy Hook benefit due to a scheduled interview with controversial hoaxer Alex Jones.

"This decision was spurred by NBC's planned broadcast of Kelly’s interview with conspiracy theorist Alex Jones, who believes the tragedy at Sandy Hook Elementary in Newtown, CT, was a hoax," reads a statement by Sandy Hook Promise, a gun violence prevention organization spurred by the tragedy.

Kelly was slated to emcee the organization's annual Promise Champions Gala on June 14 in Washington DC.

"Sandy Hook Promise cannot support the decision by Megyn or NBC to give any form of voice or platform to Alex Jones and have asked Megyn Kelly to step down as our Promise Champion Gala host. It is our hope that Megyn and NBC reconsider and not broadcast this interview."

Kelly is under fire after revealing that an upcoming June 18 episode of 'Sunday Night with Megyn Kelly' will interview Jones.

NBC has been asked to not give Jones a platform and cancel his interview. In fact, even Alex Jones wants his interview cancelled but not because of the outrage.

"I'm calling for Megyn Kelly to cancel the airing of our interview for misrepresenting my views on Sandy Hook."

Kelly, who interviewed Russian President Vladimir Putin in the premiere, has defended the interview saying it's her job to "shine a light."

"POTUS's been on & praises Alex Jones show. He's giving Infowars a White House press credential," she explains. "Many don't know him and it's our job to shine a light."

Next Sunday, I sit down with conservative radio host @RealAlexJones to discuss controversies and conspiracies #SundayNight June 18 on NBC pic.twitter.com/7bVz6Fobf5