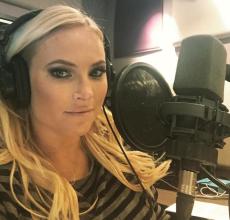 Meghan McCain is joining 'The View' as a regular co-host, according to a report from Variety.

The news comes nine days after Jedidiah Bila's abrupt departure from the ABC daytime talk show after one year.

Producers reportedly wanted the daughter of US Senator John McCain to bring a "stronger conservative voice" to the show.

Just like other news and discussion shows, 'The View' has seen its ratings rise with discussion in its Hot Topics focusing around President Donald Trump.

The 32-year-old Republican most recently lashed out at Trump after reports that he has been mocking McCain behind closed doors.

"What more must my family be put through right now? This is abhorrent," she said.