Meg Ryan To Narrate On CBS' 'How I Met Your Dad' 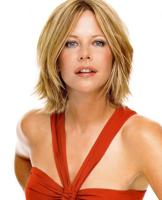 Ray will voice the older version of Greta Gerwig's character of Sally. She will be "future Sally" much in the same way Bob Saget voiced "future Ted" on 'Mother'.

Ryan's last film was in 2009. However, she last appeared in 'Web Therapy' in 2013 and has been keeping busy with her 9-year-old adopted daughter.

'How I Met Your Mother' fans were looking forward to the new comedy. However, mixed reactions to the finale has put some fans on the fence about tuning in if the series is picked up for CBS' fall season.

Coincidentally, Gerwig referenced Ryan's 'When Harry Met Sally' when she defended how much she liked the finale.

Just like 'Mother', 'How I Met Your Dad' will follow Sally's misadventures with her friends as she tells her children about how she met their father.