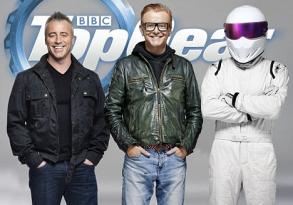 Matt LeBlanc has signed a new lucrative deal to host 'Top Gear' for another two seasons.

LeBlanc's one season contract expired in June. His new deal is said to be worth £1.5 million, or roughly $2 million.

BBC says LeBlanc will lead the program when it returns for a 24th series in 2017. He will be joined by Eddie Jordan, Sabine Schmitz, and motoring journalists Chris Harris and Rory Reid.

This despite the former 'Friends' star admitting in a recent interview that cars weren't his favorite thing about filming 'Top Gear'.

"I am thrilled that Matt is returning to Top Gear," says BBC's Patrick Holland. "He's a huge talent whose love of cars is infectious. I can't wait for the series to return to BBC2 next year."