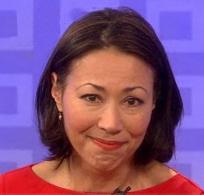 Matt Lauer is finally talking about the departure of his former 'Today' co-host Ann Curry.

"It was a hard time for everybody," says Lauer of the negative attention the exit brought about. "We were getting kicked around a lot. Some of it was self-inflicted and perhaps deserved."

Curry was quickly ushered off the show and replaced by Savannah Guthrie. But that move has only hurt the show's ratings against 'Good Morning America'.

"I don't think the show and the network handled the transition well," he admits. "You don't have to be Einstein to know that. It clearly did not help us. We were seen as a family, and we didn't handle a family matter well."

He also reveals that before Curry was promoted on 'Today', he was in favor of bringing Katie Couric on board, who was leaning towards returning until her talk show got off the ground.

"In some ways being No. 2 in the ratings is a real shot in the arm, a kick in the pants," Lauer adds. "It makes you hungrier. I don't think it's a bad thing to have a fire lit under your ass."

In the interview with the Daily Beast, former NBC News president Steve Capus says Lauer shouldn't be blamed for the lack of chemistry with Curry or her exit.

"He was quietly and publicly a supporter of Ann's throughout the entire process," says Capus. "It is unfair that Matt has shouldered an undue amount of blame for a decision he disagreed with."

"I think it was not where her real passion was. In her heart of hearts, I think she would admit that. I think her real passion is built around reporting on international stories. It's tough to convey a sincere interest in something if you don't possess it."

"We live in a HD world. Dan Rather used to say the camera never blinks. Well, this is an HD world now, and the camera picks up everything. And you could tell with her, you can tell with any anchor, whether they're into it or not. And I think we've now come up with a role that will play to her strengths."