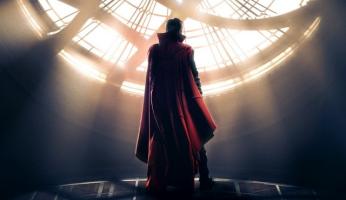 Marvel has released its first trailer for 'Doctor Strange,' its foray in the world of dark arts reminiscent of 'Inception' or 'The Matrix'.

Benedict Cumberbatch stars as Stephen Strange, an acclaimed neurosurgeon who uncovers the secret world of magic and alternate dimensions after a horrific car accident.

It's a quick turnaround for a film that only wrapped up filming a couple of weeks ago. It hits theaters on November 4.