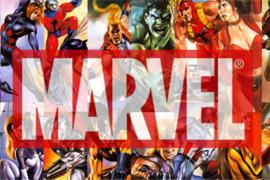 In a wide ranging interview with Heat Vision, Marvel's Kevin Feige explained why you likely won't see the studio go the way of R-rated superhero movies like 'Deadpool' or 'Logan'.

The Marvel Studios president said it wasn't the blood or profanity that led to the movie's success but rather the unique way in which they told their stories.

"My takeaway from both of those films is not the R rating," explained Feige, "it's the risk they took, the chances they took, the creative boundaries that they pushed. That should be the takeaway for everyone."

He also spoke about the use of humor in the Marvel films, which has been one of the notable features that separates a Marvel film from a DC production.

"We don't sit there and say, 'We need 15 jokes in the first 45 pages,' but it just is something that we are naturally entertained by," said Feige. "It's been a long time that we haven't done a screening of a film that humor and action aren't the top two things that are listed in those movies."

"That's the only sign you get when you're in the dark theater that they are with you," he added. "I also believe that laughter is the way you hook the audience."

"Then you can scare them. Then you can touch them deeper than they were expecting to in a film about a tree and a raccoon and aliens that don't understand metaphors. Humor is the secret into the audience's other ranges of emotions."