Marvel Releases First Trailer For 'Ant-Man and the Wasp' 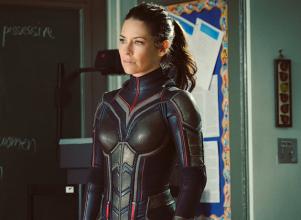 Marvel studios has released its first trailer for 'Ant-Man and the Wasp', starring Paul Rudd and Evangeline Lilly (photos

As Scott Lang balances being both a Super Hero and a father, Michael Douglas' Dr. Hank Pym presents an urgent new mission that finds the Ant-Man fighting alongside The Wasp to uncover secrets from their past.