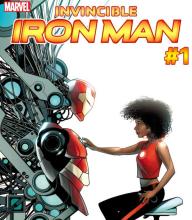 Marvel may have been earning praise with the recent push for diversity in its comics but executives are blaming it for declining sales.

Marvel's Vice President of Sales David Gabriel ICv2 at its Retailers Summit that readers haven't taken to the strategy.

"That was difficult for us because we had a lot of fresh, new, exciting ideas that we were trying to get out and nothing new really worked."

After some fans criticized Gabriel for his comments saying they weren't tired of diversity but "tired of watching Uncle Ben die" countless times, Marvel issued a statement assuring readers that "our new heroes are not going anywhere!"

"We are proud and excited to keep introducing unique characters that reflect new voices and new experiences into the Marvel universe and pair them with our iconic heroes."