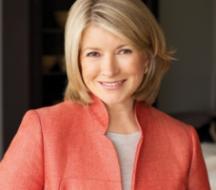 ) and her lifestyle brand Goop.

In a new interview, Stewart slams Paltrow and says the actress should just stick to movies.

"She just needs to be quiet," Stewart says. "She's a movie star. If she were confident in her acting, she wouldn't be trying to be Martha Stewart."

Stewart also weighs in on 'Orange is the New Black' and says the lead character of Piper was badly cast.

"They could have done so much better," Stewart says, referring to Taylor Schilling. "That girl is not good enough, the lead actress. I met the real Piper."

Schilling's Piper is based on the real-life Piper Kerman who served her prison sentence in the Connecticut prison where Stewart was for insider trading.

Incidentally, Schilling received an Emmy nod for her performance as Piper.