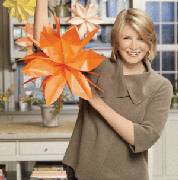 While talking about how she sizes up men as being sexy, Martha Stewart found herself in the middle of a late-night flub.

"Some men seem more sexy than others, like before the show," Stewart said, referring to Leno. "I saw Dave in his... Did I say Dave?"

"I didn't mean Dave. Dave is one of the dates," Stewart tried to get herself out of it.

"No, no. That's alright," said Leno. "Many times I've had women call out the wrong name. I've had that happen."