'Married... With Children' Spin-Off In Development 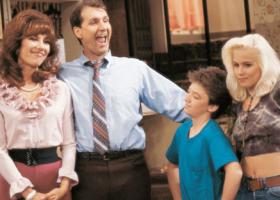 Nearly two decades years after 'Married... With Children' ended its run, a spin-off is in the works at Sony Television.

The studio is currently pitching a follow-up to the comedy that would center on Bud Bundy, who was played by David Faustino.

Ed O'Neill, Katey Sagal and Christina Applegate have obviously had and continue to have busy careers so it's not clear whether they would be involved in the project other than the odd guest appearance.

The news comes less than a month after it was confirmed that another decades old show, 'Full House', is looking to make a comeback with a spin-off.