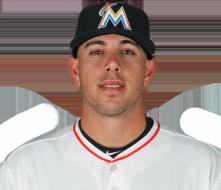 Fernandez, 24, was killed in a boating accident in Miami Beach, Florida, early Sunday. Coast Guard patrol found him in an overturned boat at approximately 3:30 Am. He was one of three people killed in the accident.

Mattingly struggled to find the right words as he spoke about the pitcher.

"When you watch kids in little league or something like that, that's the joy that Jose played with. That's what I think about."

Fernandez won the National League's Rookie of the Year award in 2013.

Just a few days ago, he seemingly announced his girlfriend pregnancy.

He captioned the photo of the woman holding her baby bump with: "I'm so glad you came into my life. I'm ready for where this journey is gonna take us together."

The Miami Marlins' Sunday home game against the Atlanta Braves was canceled.