Mark Wahlberg To Star In Next 'Transformers' Movie 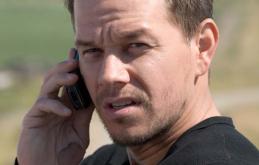 'Transformers' director Michael Bay has announced that Mark Wahlberg will star in the fourth film of the franchise.

"Mark is awesome. We had a blast working on Pain and Gain and I'm so fired up to be back working with him," says Bay.

"An actor of his caliber is the perfect guy to re-invigorate the franchise and carry on the Transformers' legacy."

The move comes shortly after Bay rejected rumors that Wahlberg would replace Shia LaBeouf in the next installment.

But the director admits the same rumors actually got the ball rolling.

"I had such a great time working with Mark on Pain and Gain, and he gave such a great performance – well let's say that very internet chatter gave me some ideas."

"We are at the inception of our story process right now on T4. Let's say some ideas are gaining traction with me and my writer – so I'm here to say thanks internet chatter."

Bay has previously said that he hopes to take the series in a new direction.