Mark Wahlberg Says He Could've Prevented 9/11, Then Apologizes For Remarks 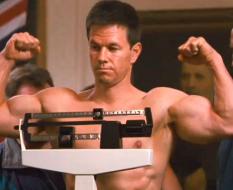 Mark Wahlberg is apologizing for asserting that he would've stopped terrorists from flying an airliner into New York's World Trade Center if he had been on the plane.

The 'Contraband' star made the controversial comments in the February issue of 'Men's Journal' as he discussed how he was originally scheduled to be on American Airlines Flight 11, which crashed into the World Trade Center on September 11, but rescheduled his flight to a week earlier.

"If I was on that plane with my kids, it wouldn't have went down like it did," Wahlberg said. "There would have been a lot of blood in that first-class cabin and then me saying, 'OK, we're going to land somewhere safely, don't worry.'"

However, Wahlberg is now apologizing after he was flooded with criticism mere hours after excerpts of his interview were released.

"To suggest I would have done anything differently than the passengers on that plane was irresponsible," says the 40-year-old. "I deeply apologize to the families of the victims that my answer came off as insensitive. It was certainly not my intention."

"For him to speculate that his presence on board could have stopped everything is silly and disrespectful," she says. "Does Mark Wahlberg have a pilot's license? Then I think hindsight is 20/20, and it's insignificant to say what you would have done if you weren't there."