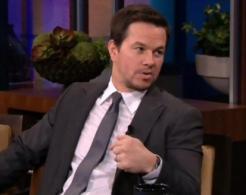 Mark Wahlberg's request to be pardoned for the assaults he committed as a teenager has come to an end.

In 1988, a 16-year-old Wahlberg was convicted as an adult of assault after he hit a Vietnamese man in the head with a stick while trying to steal alcohol and punched another in the face while trying to avoid police in Massachusetts.

Wahlberg, who said he was high at the time, was sentenced to three months in jail and was released after serving about 45 days.

The actor had sought to receive a pardon but was highly criticized for his decision. Wahlberg said in his application that he has dedicated himself to becoming a better person and raised millions for charity.

The application was dropped after Wahlberg failed to respond to a letter asking if he wanted to keep it open.

Asked about the development at the Toronto International Film Festival, Wahlberg explained that he didn't respond because he regretted asking for the pardon.