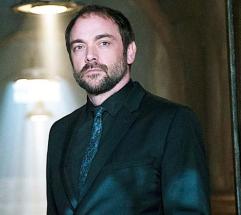 Mark Sheppard has announced that his last week's finale was the end of his 'Supernatural' character.

Sheppard's character, Crowley, helped repair the rift between worlds in the season twelve finale. He came a long way since first appearing seven seasons ago a crossroads demon and ending as a series regular playing the King of Hell.

His role on 'Supernatural' was his longest one yet and likely his most memorable since he also met his wife, Sarah Louise Fudge, an Australian mining heiress, at a convention for the CW series.

They became engaged on August 20, 2015, married a year later, and now have a 1-year-old daughter.

So to all my #spnfamily everywhere... my crew and my fellow storytellers... thanks for the ride. Time for something new. Even when I lose...