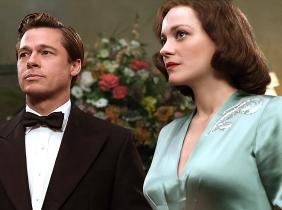 ) has broken her silence after finding herself at the center of speculation that there may have been something brewing between her and co-star Brad Pitt, which led to his split from Angelina Jolie (photos

In a lengthy statement, Cotillard denied any involvement with Pitt and reassured her current love, Guillaume Canet. She also took the chance to announce she was expecting her second child with Canet.

"This is going to be my first and only reaction to the whirlwind news that broke 24 hours ago and that I was swept up into. I am not used to commenting on things like this nor taking them seriously but as this situation is spiraling and affecting people I love, I have to speak up," she began.

"Firstly, many years ago, I met the man of my life, father of our son and of the baby we are expecting. He is my love, my best friend, the only one that I need."

"Secondly to those who have indicated that I am devastated, I am very well thank you. This crafted conversation isn't distressing."

"And to all the media and the haters who are quick to pass judgment, I sincerely wish you a swift recovery. Finally, I do very much wish that Angelina and Brad, both whom I deeply respect, will find peace in this very tumultuous moment. With all my love Marion."

The rumors began when the NY Post reported that Jolie hired a private investigator to spy on Pitt to confirm her suspicions about his relationship with the 'Allied' co-star.