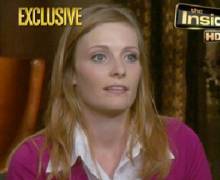 Mariah Yeater, the woman who accused Justin Bieber of being the father of her baby son, has dropped her paternity lawsuit.

In fact, not only has her paternity case been withdrawn, but lawyers Lance Rogers and Matt Pare have quit representing Yeater entirely.

Yeater had claimed, in a signed affidavit, that she had unprotected sex with Bieber last October backstage at one of the singer's Los Angeles concerts and said he got her pregnant.

Bieber and his representatives have denied the allegations and confirmed last week that the 17-year-old singer would take a paternity test as soon as he returned from a European promotional tour "to hold everyone who is involved responsible."

"I can confirm that the team has proactively made arrangements for Justin to be tested upon his return and we're going to hold everyone who is involved responsible," they said.

"It's sad that someone would fabricate malicious, defamatory, and demonstrably false claims. We'll vigorously pursue all available legal remedies to protect Justin and to hold those involved with bringing this suit accountable for their actions."

That sent Mariah Yeater, who was likely hoping for an out of court settlement, silent. The fact that her lawyers have quit indicates that they decided it was best to cut ties before the allegations were proven false.

It is unclear if Justin Bieber will still pursue a lawsuit over the bogus claims.