Mariah Carey On James Packer Split: 'You Have To Accept That and Move On' 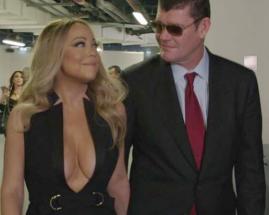 With 'Mariah's World' set to premiere in a couple of weeks, Mariah Carey (photos

) is speaking about her split from billionaire fiance James Packer.

Mariah is preparing for her wedding on the premiere episode of the eight episode docuseries to begin on December 4.

Asked if an interview by the network that will air it if it's difficult to relive the moments, the singer gives a philosophical reply.

In a separate interview with Ellen DeGeneres, Carey gave a similar response: "I think I'm doing well Everything happens for a reason. Things are the way they are."