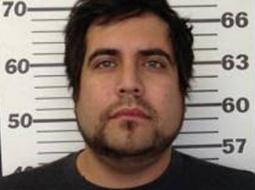 A Kansas City man has admitted to duping dozens of women into having sex with him by telling them they were "rehearsing" for roles in pornographic movies.

The US attorney's office says 34-year-old Mario Antoine pleaded guilty to wire fraud and will be sentenced to 10 years in prison, along with restitution to his victims, under the terms of his deal on Friday.

Antoine apparently created an online persona as a talent manager, photographer and videographer working for a company in the adult film industry.

He promised to pay women thousands of dollars after an on-camera rehearsal. Of course, that never happened and when the women complained about not being paid, he threatened them by forwarding the compromising material to their employers or boyfriends.

In fact, he told one woman that he would even sell the video of her if she didn't pay him $9,000 or have a second encounter with him.

Antoine had previous convictions for fraud from his time as a wedding photographer.