Man Arrested For Trying To Extort $250,000 From Paula Deen 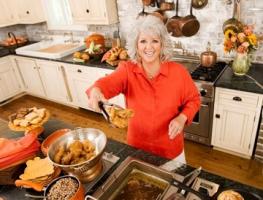 A New York man has been arrested and charged with trying to extort money from former Food Network star Paula Deen.

Thomas George Paculis, 62, was arrested for threatening to go public with "true and damning statements" if he was not paid $250,000.

In an email to Deen's lawyer, Greg Hodges, after Deen's deposition came to light, Paculis wrote: "I am about to go public with statements refuting your clients statements about using the 'N' word in her business practices at Lady and Son's."

"The statements are true and damning enough that the case for Jackson will be won on it's merit alone. It would damage your client in so many ways that it would sink your ship before it left the dock. There is a price for such information," he added.

Hodges involved the FBI and Paculis eventually agreed to accept $200,000.

But Paculis wasn't only in touch with Deen, he also contacted Lisa Jackson's lawyer by email and wrote: ""Now the burning question is... do you want in... I still have the chance to bring this together, but time is slowly running out... I have them hooked, but reeling this sucker in is gonna be hard without help...give me a call."

Paculis is scheduled to appear in court on July 16.

Meanwhile, Deen has dropped her longtime agent, Barry Weiner, following the fallout from the scandal.