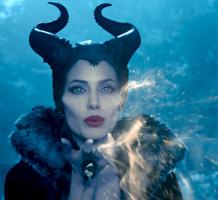 ) worked some magic at the weekend box office as Disney's 'Maleficent' surprised nearly everyone with its runaway $70 million debut.

The debut marked the best opening of Jolie's career and the PG-rated retelling of 'Sleeping Beauty' from the villain's perspective was a popular draw for families.

'X-Men: Days of Future Past' dropped to second place with $32.6 million in its second week in theaters and Seth MacFarlane's 'A Million Ways to Die in the West' flopped badly with only a $17.1 million weekend.

Despite its starry cast of Liam Neeson, Charlize Theron (photos