'Making A Murderer's Brendan Dassey Ordered To Be Released From Prison 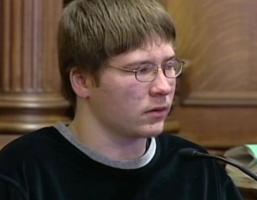 A judge ordered that 'Making a Murderer's Brendan Dassey be released from federal prison while Wisconsin state prosecutors appeal his overturned conviction.

It was overturned on the grounds that his taped confession, in which he admitted to helping Avery rape and murder photographer Teresa Halbach, was coerced by Manitowoc investigators.

Now the same judge has ordered Dassey to be released while the appeal works its way through the system. However, the state could hold up this new order with another appeal.

If he is released, Dassey will be supervised by probation officers, barred from possessing weapons, using controlled substances and having any contact with his uncle Steven Avery.

Avery, who was convicted of first-degree murder of Halbach, is also seeking appeal. His attorney has requested retesting certain key pieces of evidence with new techniques to prove his innocence.

Netflix has already announced 'Making A Murderer' producers are following the developments and have promised a second season of the hit documentary series.