'MacGyver' Update Won't Be Completely Gun-Free Or Would Be 'Unrealistic' 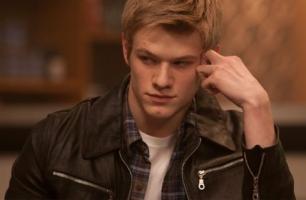 The network says that while the character's opinion on guns remains the same as the 1980s series, starring Richard Dean Anderson, the series won't be able to avoid guns altogether.

"It will be unrealistic to do this type of show and not have anybody have any type of gun," executive producer Peter Lenkov said the TCA. "Macgyver's a guy if he needs a weapon he will build it."

"This is very true to the original concept of the show in that MacGyver is not a gun guy. He's a very different type of hero."

Lucas Till will play young Angus MacGyver while George Eads will play Jack Dalton, who has a military background, and "sees the value in a gun as a defensive weapon."

Lenkov also said the series wouldn't be all about big action set pieces, explosions or just about getting out of getting out of sticky situations with science.

"The thing that you'll see in the pilot is that there's a really emotional journey that MacGyver goes through," said the man who was responsible for the successful 'Hawaii Five-O' reboot.

"He was betrayed by a member of his team, someone that he was really fond of. He goes through this loss and the betrayal. If you really dig in and watch the show you'll see it's really character forward and plot second."

"In a lot of ways, each episode could almost be its own standalone little action film," director James Wan added. "There's shades that you can play with in there. Some episodes can be thrillers and other episodes can be bigger set pieces."

"I like to say that just because we don't have big, massive set pieces in every episode doesn't mean the emotional stuff doesn't hit strong."

MacGyver has a premiere date of Friday, September 23 on CBS.