Louis CK Presents Arguments Why Naps Are Better Than Sex 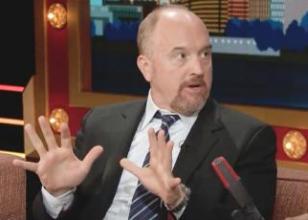 Louis CK presents arguments to Jimmy Fallon why he believes naps are better than sex.

"It is better than sex because, first of all, a nap is always 100 percent successful," he explains. "There's never mixed results with a nap."

"Sex is good but you never take a nap where afterward you're like, 'Ugh, I probably shouldn't have taken that. That was a bad idea. That's gonna be a problem later that I took that nap. Can't go back to that restaurant now. Now I have a bump on my penis.'"

CK said also compared the anticipation for a nap to the way his 20-year-old self was hyped for the other thing.

"It's better than sex itself, is knowing it's gonna happen," he said.

The no-nonsense comedian also calls out Fallon for making a "dumb" comparison.