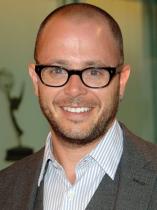 Lindelof will write the project with Perrotta, who will also serve as executive producer with Ron Yerxa and Albert Berger.

'The Leftovers' is set up three years after hundreds of millions of people suddenly vanish from the face of the Earth, apparently as part of a Rapture-like event.

Those left behind struggle to live their lives while grappling with faith and hope after the event known as the Sudden Departure.

"When I got the book, I fell deeply and passionately in love with it," says Lindelof. "I think that even from the moment I read the logline for the book, it was something I wanted to be vicariously a part of as opposed to just enjoying it as a consumer."

"You can't be an atheist anymore," he says of the novel's premise. "It takes us back in time to a place in human history where everyone's lives were dictated by the gods of Olympus or the gods of the heavens. It tries to explain the purpose of it all, and that lined up with the meta level of Lost."

"We all look at ourselves in the mirror and think, 'Am I good?'" he says. "The fact that there's this reaping which occurred, and you don't make the cut, some of us don't feel worthy, seemed very ripe territory for a cool character drama."

It won't be a straight adaptation though. Lindeolf says "the pilot will introduce characters and storylines not in the book. It has to."

"The book is so rich in characters and details and opens so many creative doors but it probably only has enough content for two or three episodes."

Lindelof will serve as showrunner if the project is picked up. He recently signed a three-year deal with Time Warner, which owns Warner Bros. and HBO.