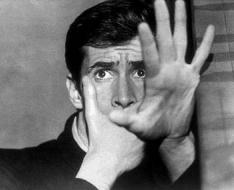 The cable network has sent the 'Psycho'-inspired series straight to series, which means it will not have to go through a traditional pilot stage that normally decides the fate of a series.

The drama will explore the formative years of 'Psycho's Norman Bates and the past that helped mould the disturbed owner and motel manager into a killer.

"We are proud to be partnering with Carlton Cuse and Kerry Ehrin on their thrilling reinvention of one of the most compelling characters in cinematic history," says A&E. "It's a provocative project from two of the best storytellers in the business, and we're looking forward to getting started."

'Bates Motel' is currently aiming for a 2013 premiere on A&E. The same year we'll see Anthony Hopkins play director Alfred Hitchcock for a film about the Making of Psycho, starring Scarlett Johansson (photos