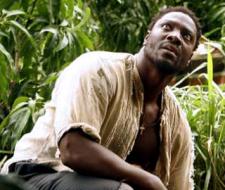 Adewale Akinnuoye-Agbaje, best known for his roles on 'Lost', 'Oz' and 'G.I. Joe: The Rise of Cobra', has been cast as the second villain in the 'Thor' sequel.

The actor will play Algrim the Strong, as the name implies, one of the strongest of the Dark Elves and who is coerced to fight Thor in 'Thor: The Dark World'.

Adewale will team up with Christopher Eccleston's Malekith the Accursed, leader of the Dark Elves of Svartalfheim, the central villain in the film, as we reported earlier this month.

), Rene Russo and Kat Dennings will also return to reprise their roles.